The idea is to set up a blog to gather as many different voices as possible from young people who will be eligible to vote in the European election 2014 for the first time. 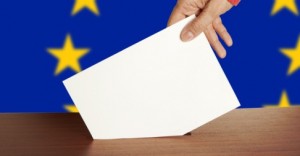 Many members of EUNET will do projects connected to the European elections within the next 12 month or will realize projects with young people who will be first time voters in May 2014 for the European Parliament. This blog project will not create something totally new but sets up a EUNET‐platform to show and multiply what youngsters have to say in different countries in local seminars, trainings and youth projects about the European elections. So the project will be more or less a collection of different voices from as many member organisations of EUNET as possible.

Aim of the project

By setting up this platform we will achieve different goals:

Get yourself, your organisation and your participants involved and check out the document below on how it is done.