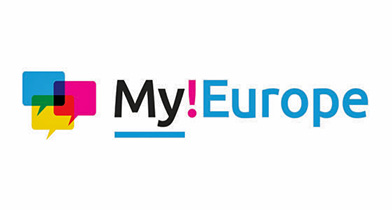 On January 25, citizens from 7 European countries will present “20 Recommendations For More Democracy in Europe” to MEPs at a seminar in Brussels.

“The most important thing about these proposals is that most of them could materialise immediately, if only the political will is there,” says Finn Rowold, Chairman of the International Sonnenberg Association (ISA) and head of the steering committee of the project My!Europe, which organized the cross-border process of conferences and exchanges between seven European countries.

The “20 Recommendations” result from an 18-month process with conferences in Denmark, Latvia, The Czech Republic, Germany, England, Bulgaria and the Netherlands, organised by the My!Europe project, supported by a grant from the Europe for Citizens programme.

Each conference has passed the baton on to the next, with constant updates on the project’s website www.myeurope.today.

The Recommendations are divided into three sections:

“More democracy is not a luxury, it is a necessity”, says Finn Rowold: “If Europe is to overcome the current crisis, citizens are to be consulted and have a greater influence.”

The idea of bringing non-specialist citizens from different countries together to discuss the future of Europe has its roots in the Sonnenberg movement – the EUNET member Internationales Haus Sonnenberg and the International Sonnenberg Association – which was established in 1949 under the key-phrase “Talk together. Understand each other. Overcome prejudice. Act responsibly together“.

“This key-phrase is exactly the call that’s needed in today’s disintegrating Europe”, says Ole Aabenhus, who was a consultant to the project and has taken part in all conferences. “”The 20 Recommendations” are not a final blueprint, but should be seen as an invitation for other NGOs and opinion leaders to take up the baton and start organizing discussions on more democracy and more citizens’ participation related to the future of Europe”, he says.