The Youth Committee of EUNET successfully applied for funding within the Youth in Action programme for an international training course “Europe – what’s in it for me? And how to tell other people?” for young people. 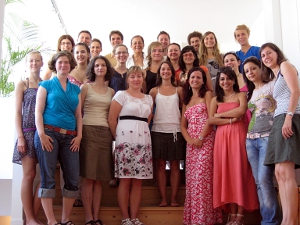 The main aims of the project were to provide general information concerning the EU, to discuss current European issues together, to present methods of teaching about European affairs, and networking.

The project took place in Cyprus. The location enabled participants to learn more about the country and its current place in the EU. The project leader, Fimonoi foundation, is a non-governmental and non for profit foundation which was established in 2006. The aims of the foundation is to cover an extensive area of activities while focusing on non-formal education and especially on European issues. Moreover, the foundation has scientific, social, cultural and educational aims.

In cooperation with the Youth Committee of EUNET, Fimonoi foundation wants to build a team of European youth workers in order to establish non formal European education in Cyprus. Especially during the second half of 2012 when Cyprus will assume the presidency of the Council of the European Union. 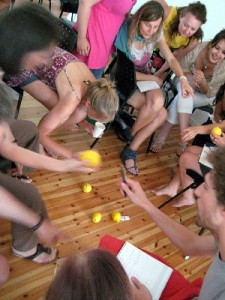 During one week participants had the chance to learn a lot about European institutions, European integration, European mobility programs as well as current challenges and new opportunities for the European Union.

All workshops aimed at deepening the knowledge of topics mentioned above. At the same time a wide range of methods to present and conduct the EU was taught and can now be used to multiply the information and spread the idea of European citizenship.

In order to engage the whole group and make the seminar as interactive as possible, lots of educational tools and methods like interactive presentations, language animation, café Europe etc. were used. The project was also a platform that enabled the exchange of experience and information about interesting initiatives.
Due to this fact very important parts of the seminar were discussions and “Marketplace”, during which participants were presenting their organizations and had a chance to find potential partners for their future projects.

Participants and trainers agreed that “Europe -What’s in it for me? And how to tell other people?” was a successful project, which should be the beginning of more frequent collaboration between EUNET organizations!

With our training course “Europe – what’s in it for me? And how to tell other people?” we want to combine content training on current European topics as well as skills training on how to work with young people in European topics in an interesting way. Our training addresses young youth leaders from different European countries. We do not expect particular pre-knowledge but a high motivation and concrete ideas how to act as a multiplier for European ideas and topics. Our training will support them with concrete knowledge and training methods and will leave space for discussion, opinion making and joint planning of future youth projects on the European level.

Objectives of the project 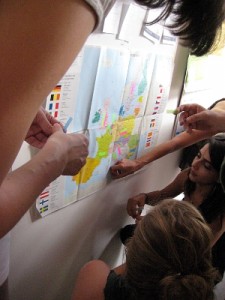