The European Ombudsman, Emily O’Reilly, invites organisers of European Citizens’ Initiatives (ECIs), civil society organisations, and other interested persons to examine how well the ECI is working. The ECI allows a group of one million EU citizens to call on the European Commission to propose new EU legislation.
The deadline for contributions to the Ombudsman’s consultation is 31 March 2014.

How well do the ECI procedures work? 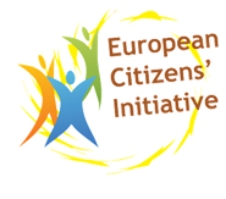 The European Citizens’ Initiative began in April 2012. In December 2013, the first completed ECI was submitted to the Commission, with support from more than one million European citizens in at least seven Member States. The “Right2Water” initiative proposes new EU legislation to make member state governments provide their citizens with sufficient and clean drinking water and sanitation.

The Ombudsman opened the investigation on her own initiative. She wants to see what the Commission has done to implement the ECI and will make recommendations to increase the effectiveness of the process, if necessary. Specific issues for scrutiny include the effectiveness of the Commission’s software for collecting signatures online, how the contacts with the different national authorities work, and possible protection of privacy concerns. She has also invited ideas on possible future changes to the ECI Regulation. Once the Ombudsman has collected the ECI feedback, she will ask the European Commission to respond.

The Ombudsman’s set of questions is available at: http://www.ombudsman.europa.eu/en/cases/correspondence.faces/en/53104/html.bookmark