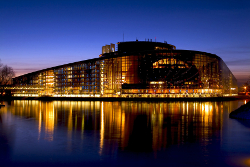 Roughly €114 million is spent every year to move the European Parliament between its Brussels and Strasbourg seats every month, according to a new assessment by the European Court of Auditors.

Conducted at the request of the European Parliament, the Court of Auditors’ report showed that moving all employees from Luxembourg to Brussels, alone, would save €80 million over 50 years. Relocating the Strasbourg seat to Brussels would cut costs even more, saving an estimated €2.5 billion in the next 50 years. That amounts to €113.8 million per year, the Court of Auditors calculated.

Until recently, there were no reliable numbers outlining the additional costs and certain costs were arbitrarily included or excluded in calculations.