119 participants, 68 from the EU countries Austria, Slovakia, the Netherlands, the Czech Republic, France, Croatia, Germany and 51 participants from Bosnia and Herzegovina met from September 25th to 28th 2014 at Srebrenica for the international conference “Added value Europe – Added value Peace”.

The conference was the final and biggest event in the framework of the EU funded project “Mehrwert Europa – Mehrwert Frieden“.

First pictures are available here as well as on facebook and you could find a first media coverage on “Deutsche Welle” in Bosnian language.
The project will be finalized with a documentary film available at the beginning of next year. 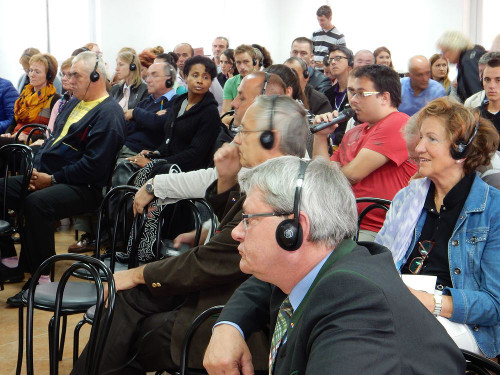