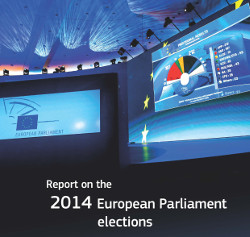 The European Commission published its report on the 2014 European Elections, looking back at the first campaign to feature lead candidates from European political parties. The selection of candidates for the Commission Presidency by major political parties in Europe was a new step towards European-level democracy, resulting in the election of Commission President Juncker and an individual hearing for each designated commissioner-candidate by MEPs from the relevant Committee.

The report reviews the 2014 elections, including measures taken to enhance their transparency, democratic conduct and the European dimension. It assesses citizens’ awareness of the elections and the associated rights, action taken by Member States and EU institutions in this respect, and actual turnout. It also looks at the enforcement of EU citizens’ electoral rights.

Report on the 2014 European Elections