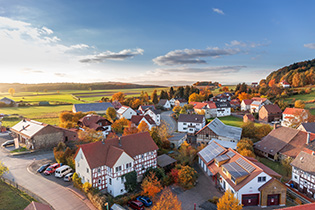 The project aims to help people in rural areas in the participating countries to work for development of rural areas as they are badly affected of the urbanisation. As many people are leaving those areas the ones who stay gets less and less included in the overall growth in society.
Young people leave those areas and most of the inhabitants are middle aged and older people. This development leads to a “bad circle” as the social inclusion between young and old decline all the time.

There is also a lack of social inclusion in terms of less public service, closing of schools and shops etc. With the project we like to enhance people in the rural areas to help themselves to get a better local development, to take initiative to entrepreneurship, local cultural activities and so on to get people to stay in the area instead of moving to big cities.

The inhabitants in the rural areas need even more creativity and civic engagement to keep them socially included and the project will aim to give them new tools for that.